The story of Lady Kyteler
Description

The Scandal of Lady Kyteler

Fourteenth century Ireland. A noble woman is accused of using sorcery to kill her last three husbands. There are allegations of an obscene act with a demon. Diabolical pacts are the alleged source of her wealth; a ritual is described which she performed for money to come to her son. The story is completely forgotten now, but at the time was a cause cél`ebre, the scandal implicating people in the highest places. 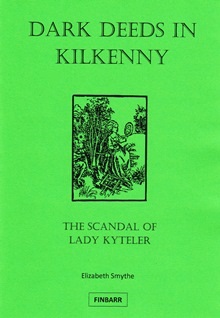